Angela’s Early Learning Christian Academy is a Four-Star Family Child Care Home in Fayetteville. Angela Cross is the owner/operator, and she opened her business in 1998. Angela has an Associate Degree in General Education with a specialization in Early Childhood. Before opening the child care, her home was always full of neighborhood children. Since Angela was constantly being approached by parents needing child care and she enjoyed being home with her children, she contacted the Partnership for Children for child care start-up assistance and became licensed.

Soon after opening, the children and their families became family. Families were so grateful to have their children cared for in one place. Most of the infants and toddlers cared for by Angela stay with her until elementary school. The older children learn how to care for smaller children and wonderful bonds are formed.

Family engagement is an intricate part of Angela’s program, and she talks to her families throughout the day, sending pictures of their children, and setting goals with parents. They work as a team, “putting ‘family’ back into family child care.” Some words of encouragement and wisdom from Angela include: 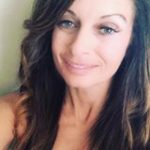 Daniele Malvesti is a Fayetteville, NC native, Methodist University graduate, and proud Army brat. She has over 20 years’ experience in nonprofit, family services, victim’s advocacy, and juvenile justice arenas. She has a passion for empowering lives, especially our most vulnerable populations. Through her career, Daniele has realized, when families have choices and children have opportunities, the positive path is the one traveled greatest. She believes that it is a community's responsibility to ensure that all children have access to avenues for success, and this belief has driven her work. Daniele is active in the community, serving on committees, volunteering, and raising her sons to do the same. Her belief is that it only takes one person to believe in another to change a life, be that one.